Related: JRS International, Syria
Download this Resource
Joint Statement "Skyrocketing needs among Syrian, as humanitarian funds are cut" Recommendations to delegations attending the 5th Brussels Conference on Supporting the Future of Syria and the Region

My precious country, I have been away from you for a long time. Ten years have passed, and we are apart.

I long for the family house, for the gathering in Ramadan, and for the coffee that my mother makes every morning.

I miss my father’s promises of prayers and his well wishes for us. I miss the voices of my siblings all over the house.

I yearn for each street, sidewalk and shop in Aleppo. I feel nostalgic for the smell of Jasmine tree at my grandfather’s house, and for my grandmother’s stories.

I miss all the details of my daily life that I used not to give attention to.

I wish to go back to Syria, but my country is suffering, bleeding, and it is ruined.

I ask God to protect and look over my country and its people.

On this sombre date marking 10 years since the start of the conflict in Syria, Jesuit Refugee Service MENA and Entreculturas ask the world to recognise the urgent and multiple crises unfolding in Syria and its neighbouring countries, particularly Lebanon and Jordan. We request renewed support for the Syrian people and their collective suffering.

With the end of widescale bombing in many parts of Syria, the country has slipped off the radar of many international media outlets, yet around 12 million Syrians remain displaced inside Syria and in the region.[i] Regional and international governments question the prolonged displacement of Syrian refugees and whether it is safe for people to return to Syria. Through our work with displaced Syrians in the region, which includes the provision of education, mental health care, livelihoods and protection programmes, we see first-hand the current reality.

The situation in Syria has reached a point of extreme crisis as the Syrian currency has devalued to a level unseen in history and prices of food and other essential items have increased by more than 200%.[ii] People are starving: an estimated 60% of the population do not have regular access to safe and nutritious food.[iii] More than half a million children under five are stunted from chronic malnutrition.[iv] Sanctions imposed by the international community have worsened the economic situation and hurt the most vulnerable. In addition to ongoing security concerns and widespread damage to infrastructure from years of conflict, the economic situation makes it impossible for many to survive.

The deteriorating economic situation has put greater burdens on people who have not yet celebrated the end of the bloody war.

Neighbouring countries are facing similar crises that weaken their capacity to support citizens and refugees, which worsen already dire living conditions for refugees. For example, Lebanon is facing equally drastic devaluation and economic collapse, prolonged closures in the country due to political protests and COVID-19 measures, and a seismic explosion in Beirut in August 2020 which killed 200 people, injured 7,000 and made thousands homeless. Fifty percent of Lebanese are living below the poverty line whilst 89% of Syrians in Lebanon are living in extreme poverty.[v]

“Food, security and peace, are the most needed to continue our life here”

After 10 years of conflict and displacement and in anticipation of the upcoming Brussels Conference on the Future of Syria and the Region on 30th March 2021, we recommend the following: 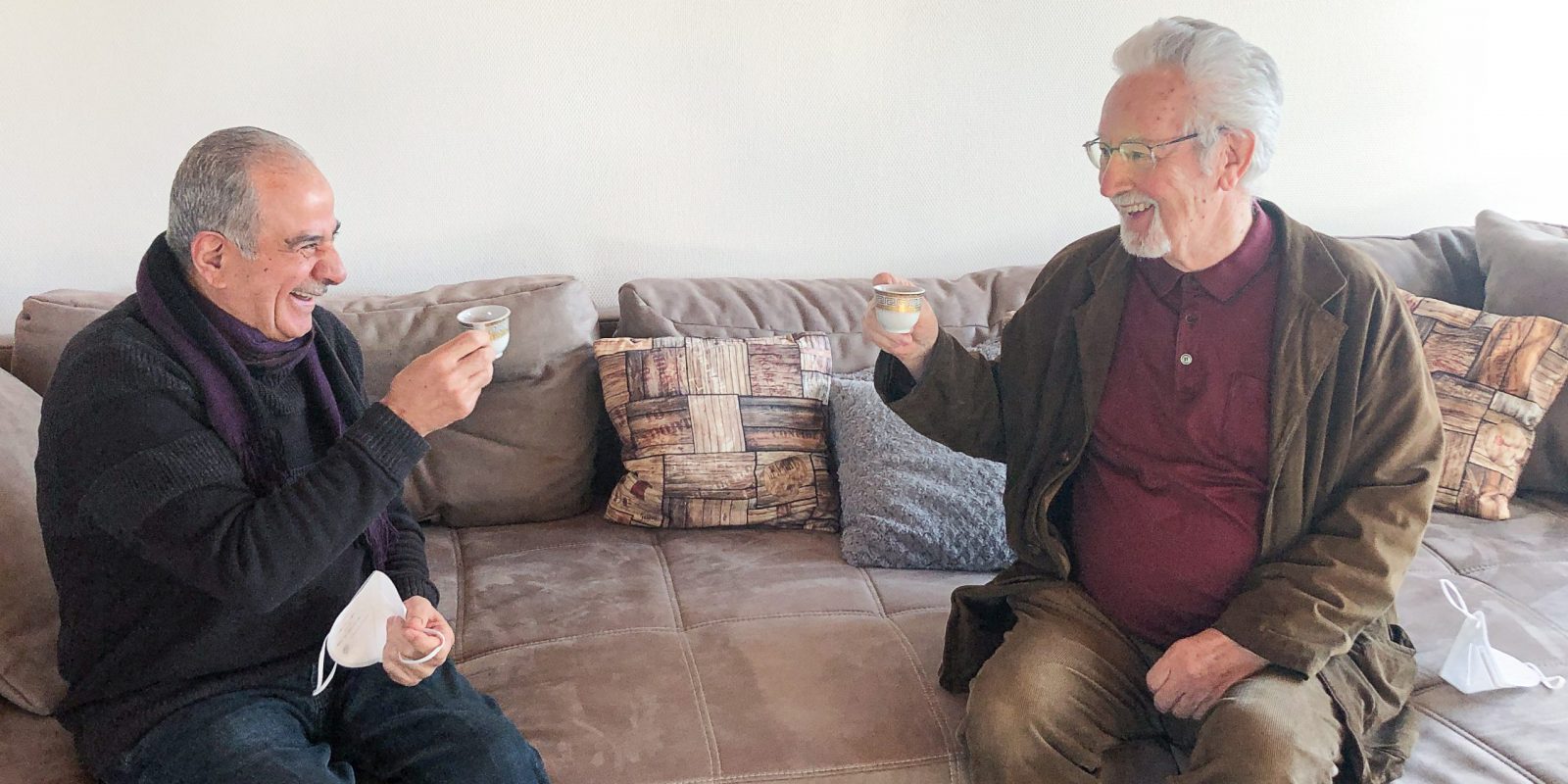 My meetings with Mustafa