If you stay, you never know if you’ll stay alive

The interview takes place on Skype. HB is in the kitchen of the centre he shares with other refugees in Germany. He is busy chopping up a chunk of meat they received, and readily tells his story.
The story starts with the reason that pushed HB out of his country to go on a journey that many before him did not survive. “I was in Lattakia, which is considered a safe city, but it was full of Assad’s army. The thing that made me leave was when they called me to serve in the army. That was the point when I thought, you have your army in my city and you are doing whatever you want, and nobody can say anything to you. It was time to go, and I went away, because I don’t want to kill anyone.”

HB had already lost his best friends, one signed up with the regime, the other with the opposition. He didn’t have any clear idea where to go, except that he wanted to get to Europe, hopefully to France, because a friend told him it was good there. The only thing in his mind was getting out of Syria. “I just wanted to get out at the first opportunity, because if you stay, you never know if you’ll stay alive.”

But you must have known how risky it is to travel on one of those small, overcrowded and totally unsafe boats? What I actually want to ask is, weren’t you horribly afraid? Where did your courage come from? “Of course I knew I might die if I travelled by boat. But I didn’t think about it, I was just looking for life, not a better life, just for life. I was, like, OK, I have to do it, I don’t care what happens.”

In October 2014, HB made for the coast of Turkey. “I knew someone who helped me to meet the right people – well, not ‘right’ because they are all killers, they put you in a boat with 1000 people and tell you to go.” HB didn’t get into a boat with 1000 people. He ended up on a boat about 20 metres long with around 300 people crammed inside – all Syrians except for a few Egyptians manning the vessel.

The ordeal started before they left. “They took us to the boat in a refrigerator truck, the kind that is made to deliver meat and dairy products. We were standing like this,” he puts his hand right next to his nose, so squashed together like sardines in a can. “And then they close the door on you. We were around 50 people in every truck. Two died at the beginning, that’s why I don’t care anymore. I was totally sweating and hardly breathing. This lasted for more than an hour and a half – I’m not sure exactly because I couldn’t even lift my arm to see the time.”

Then they were piled into two small boats and, after three hours at sea, they reached a larger fishing trawler. “We were told to jump to the bigger boat in the middle of the sea, in the middle of the night. Thank God no one fell in the sea. There were two floors but the top of the boat was too small so everyone sat in the bottom, we couldn’t even move, too many people.”

After a while, HB checked the GPS on his phone. To his horror he discovered that instead of heading for Italy, “the bastard was going round in circles”, and they were actually near Syrian shores. “I wondered, why is he doing this?” When the refugees confronted the man at the wheel, he told them he was going to pick up another 70 people.

“Then I start shouting,” recalls HB. “I told everyone, guys you have two choices. If we wait for the people tonight, we will die. Everyone was shouting, we were too angry, we told him you have to go now to Italy or back to Turkey, we will not get more people. So we took off at that moment.” The journey took eight or nine days, “I am not sure, to be honest, because I lost track on the way.” What was it like? “There was one toilet, it was 50 by 50cm, I think. There were two tanks of water full of sand, I don’t know where they got it from. I lost 10 kilos in those days. The sugar levels in my blood were really low, and whenever I ate or drank anything, I threw up.”

The weather held. It was tolerably good, no storms or very rough waters, just some rain and wind, “better than we expected”. But then the captain and crew abandoned the ship, getting away in speedboats. HB makes little of this. He moves onto the part of the story where he feels luck was with him: “When we got stranded, we called the Italian Coastguard. And we were a little bit lucky, because there was a big American ship next to us called Liberty Grace, and the Italians told them to save us.”

Enter another voice in the story. A report in the Seafarers Log website tells how the MV Liberty Grace rescued Syrian refugees who were marooned for days aboard an adrift fishing trawler 120 nautical miles off Sicily. The US merchant ship’s master, Captain Michael Tolley, said the refugees were dehydrated, hungry and exhausted when his ship pulled them aboard and looked after them.

Something I notice, listening to HB tell his story, and reading the report in the Seafarers Log, is the difference in tone. The captain evokes the terrible situation of the refugees he rescued; HB doesn’t do this, he just says things in a carefully matter-of-fact way. And he always underlines his good fortune. “I consider myself lucky in this journey, that’s all I can say.”

One thing that comes out clearly in both accounts is the unstinting help given by the crew of Liberty Grace. “When we got into the big American ship, we met angels, not people,” says HB. “The captain and crew were all like angels. They just worked 24 hours for us, without stopping, giving us food, water… they even emptied their cabins for the families. I am still in touch with the captain, Michael, he was one of the best people I ever met.”

This is what Captain Tolley had to say: “We experienced something so rare and we were honoured to play a role to assist those in need. I hope it is no small sign they were rescued by the Liberty Grace, as it told them: ‘Liberty’ means freedom and ‘Grace’ is a gift from God to all humanity.” Before we go on to the next leg of his journey, I ask HB what stays with him most from the sea voyage. He simply says: “Everything, everything, everything, everything.”

From Italy to France to Germany

The crew of Liberty Grace handed the refugees over to the Red Cross in Sicily. HB found himself in a small centre for asylum seekers. “We were all scared that the police would make us fingerprint and all these crazy things” – a reference to EU regulations stipulating that asylum seekers need to be registered in the first member state they enter. But one of the few people already at the centre told the new arrivals they could shower, eat and be on their way.

“No one believed him,” recalls HB. “But I thought, I will do as he says. So I took a shower. You won’t believe if I tell you I had a whole bar of soap, I kept scrubbing and scrubbing, the soap vanished and I didn’t get clean. After a few hours, I left, went to the bus station and made my way north by train.”

HB managed to reach France, making sure he always sat alone on the train, not with other Syrians, so as not to attract attention. He stayed only a week with his friend “because France gives many difficulties for refugees” and decided to try Sweden instead. But this time he was caught. “I took a direct train there but the police caught us at the German border with Denmark, there were other Syrians too, and so we found protection here.”

So here he is. HB has been in Germany since the beginning of the year and, “to be honest, it’s OK so far”. He applied for asylum and can stay three years. Again he says, “I was lucky. I’ve met only good people, no bad ones.” But he does add in some frustration that there are “a lot of no-s” especially to find a room, his own place to live, which he hasn’t been able to do yet.

How does HB feel now that he has managed to find a safe place? “You know, most people would tell you they lost their feelings. I don’t feel anything. I am not positive, not negative, I am just staying alive. I’m trying to be a bit more positive because I know there is something good coming, but I don’t know… I’m not really thinking about anything, not even the future. I am just living my day and whatever comes, let it come. Too much thinking, I am thinking for nothing, because I don’t have the control of my life.”

He does think plenty about his family back in Syria, “my mum, dad, sister, her husband, my niece – she is three, I just love her so much.” Now HB is more subdued. “This stupid war, we are all losers,” he says sadly.

There is nothing more to say. I want to make HB feel better but it’s difficult to say something that doesn’t sound like a trite cliché. I say I am sorry and ask HB if there is anything else he wants to add. His final word: “I wish this ends, that’s all.” 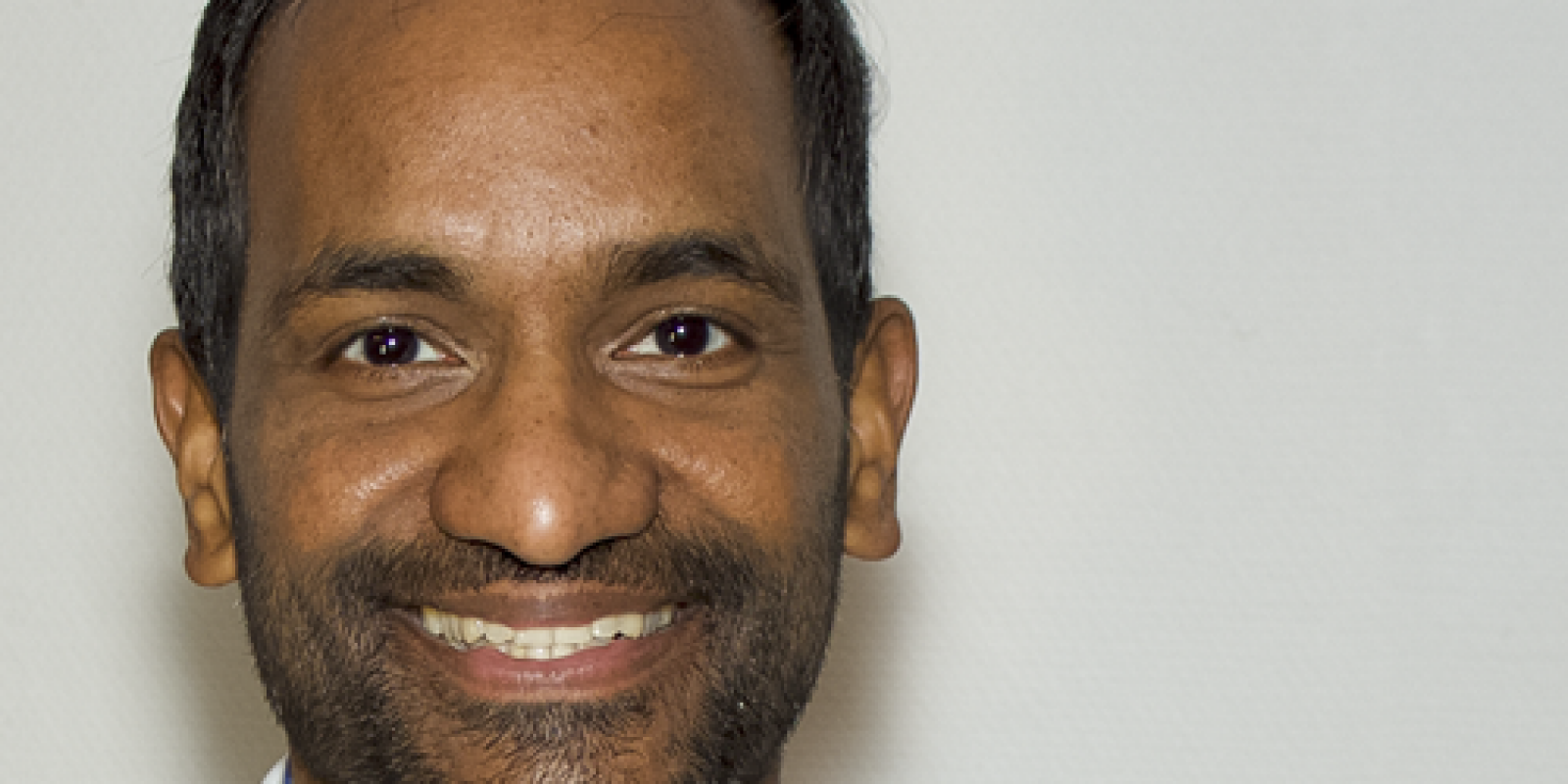