Brussels, 29 June 2011 – Hakimi is a 38-year-old Afghan mother of four. She came to Ukraine fleeing from war and danger in Afghanistan, but her journey was not a direct one.

“I went to Pakistan, then to Iran, Turkmenistan and then to Tajikistan”, she recalls.

This was in 1998, and in Tajikistan refugees were being deported to Afghanistan. Fearing this, she and her family decided to leave for Russia.

“We were driven in two separate cars. In the first, there was my son and my husband’s mother, sister and brother. My son was two years old. I was in the second car with my husband, sister and six-month-old daughter. The first group crossed the border into Russia. Our group was stopped by the police and deported to Tajikistan, and then to Afghanistan”, Hakimi remembers the journey.

Tragically she was separated from her youngest son. Back in Afghanistan, Hakimi and her husband faced harassment from the Taliban.

“They had problems with me because I was deported from Russia. They told me: ‘you are a communist!'”

The US coalition forces had by now gained control of Afghanistan. One night, ISAF forces came to their house in search of Taliban fighters. Hakimi’s husband told the soldiers that their neighbours were in the Taliban; soon after the neighbours were arrested.

Some time later, someone fired gunshots at her husband while he was working. He didn’t know who had done it. At 11:00pm that night, Hakimi’s daughter heard the doorbells ring. Her husband went outside and saw a group of Taliban, armed, with concealed faces. They were taking people away.

“The Taliban are very dangerous people … they kill”, says Hakimi,

The family spent all night awake; in the morning they went to a friends house and stayed there for ten days. They decided to leave Afghanistan once more. By now, Hakimi was parted from her son for two years.

“I am his mother. I am sick because my son has lost me.”

Thinking of her son, Hakimi and the family left for Moscow, and then to Ukraine. It was now 2009. In Ukraine, her husband contacted his mother and brother, who encouraged the family to meet them in Germany, where they now lived.

The journey proved to be very difficult. The police intercepted them at the Ukraine-Polish border.

“The police caught me and I began shouting. My children saw my crying, thinking that maybe I would die. I had to be hospitalised and given an injection”, says Hakimi.

The police took the family to Lutsk city jail.

“This was a hard time, especially for my children. While other children were playing outside and going to school, mine were in jail for one month.”

Afterwards they were transferred to a detention centre, where they stayed for six months. “The detention centre was like a jailhouse. Her husband was kept in a separate cell, and not allowed to keep contact with her and the children. “We feared he was on a flight, deported”, remembers Hakimi.

At one point Hakimi’s daughter became sick; they went to the hospital, leaving the other children behind.

Her husband inquired, “Where is my wife and daughter?” A guard asked him, in Russian: “Do you want a problem?” Not knowing the language, the husband answered, “Yes”.

Two soldiers and an officer came and took her husband away.

“In a closed room they beat him for 10-20 minutes on his back and legs. My husband didn’t cry out so that the children wouldn’t hear. When the guards opened the door, my children saw their father. It was very bad time for them.”

Returning from the hospital, Hakimi was allowed a five-minute visit with her husband. She saw that he was very sick and worn from the beating. Then he was taken away and put in solitary confinement for ten days. He had only three small meals each day. He couldn’t see his children.

After six months, Hakimi and her family were released from detention and sent to the JRS accommodation centre. This was a positive change: “Now I am glad. Thank God. My children can go to school.”

But all was not yet well: Hakimi had sent two asylum applications to the authorities, but both were rejected.

Her son visited from Germany. For Hakimi, too many years had passed since their last encounter.

“The last time I saw him he was two. Now he was 14 and big. A man. I held him and cried. He saw my other son and daughter for the first time. Everyone was so happy”.

Their happiness was short lived, since the son eventually had to return to Germany.

“He is very sad”, says Hakimi, “he is always thinking about his family.”

Despite having experienced great difficulties, Hakimi holds on to a dream of a future where the entire family can be together in a safe place.

“I want to live together with my older son. I am a mother, and a mother loves her children. I want to have a house, a good life for my children.” 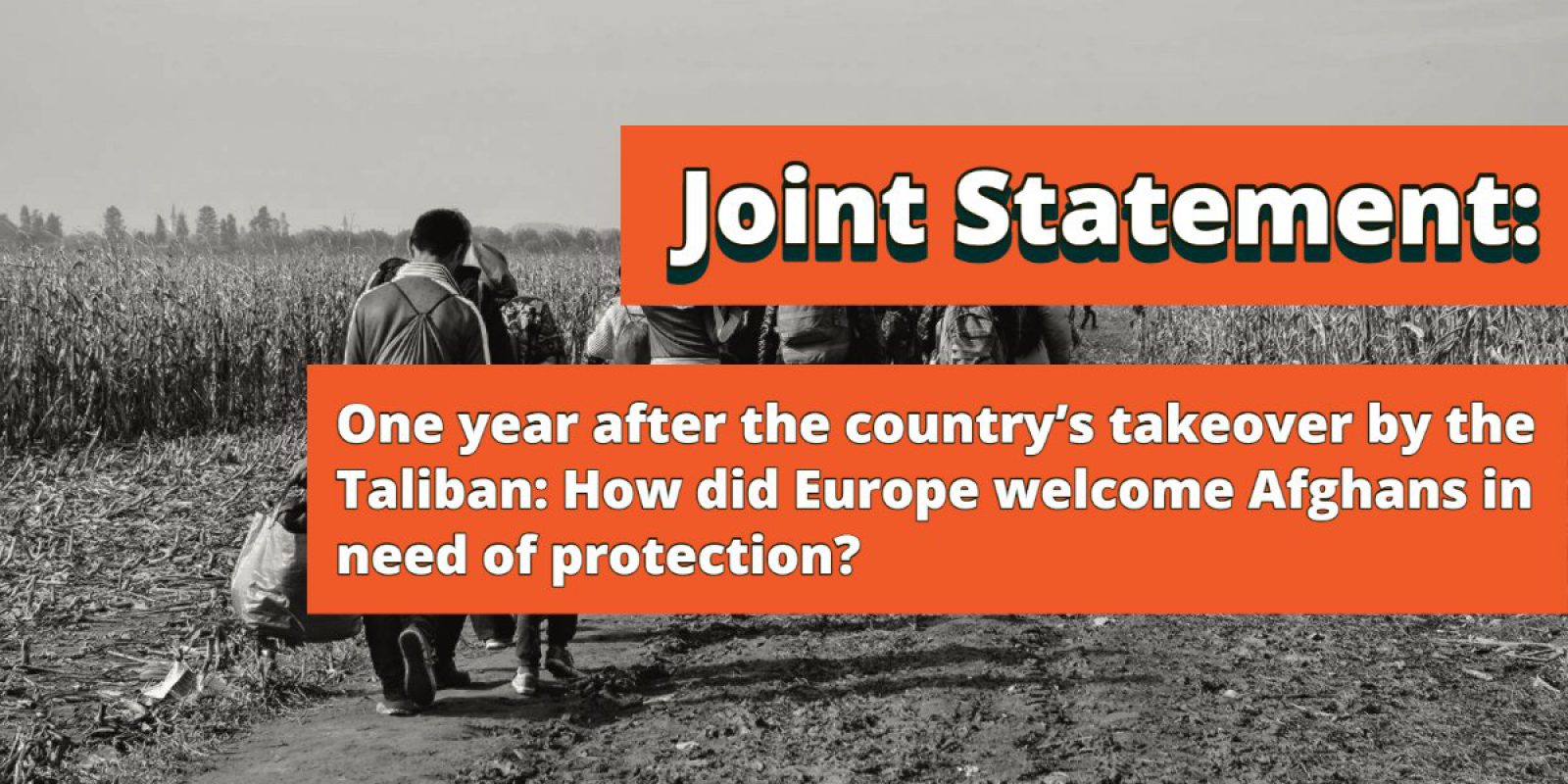 Joint Statement: One year after the country’s takeover by the Taliban – How did Europe…