“Solidarity is a central concept, but often worn out like an old coin”: interview with collection campaign organiser Ilse Schild

Recently, JRS Bosnia and Herzegovina received a delivery of 7.5 tonnes of donations (winter clothes, blankets, etc) from the Diocese of Limburg, in Germany. We were able to ask the organiser of this action, Ilse Schild, a few questions about what motivated her to set this up, what solidarity means to her as a practicing Catholic, and what she hopes the future holds for refugees and displaced persons.

What motivated you to organise this collection campaign? Did you see something in the news about migrants that made you want to help, or perhaps you have done similar actions for refugees in the past?

In late November 2020, our church held a week of prayer with the slogan: “… you have done this to me.” The One World groups of our congregation, which actually consists of 7 local congregations, prepared a peace worship service on the topic of people fleeing their country.

At the same time, the Pax Christi campaign No Christmas in Moria was taking place. We had been informed about the situation in Moria through an event organised by Pax Christi, together with ProAsyl and the photographer Alea Horst, and we were concerned about what was happening there. During the preparation of the worship service, we happened to learn about a relief action for Lesbos our neighbouring Protestant congregation was holding. At first, we wanted to support their campaign because we thought that in this situation, prayer and action belong together.

I had experienced this exact connection between prayer and concrete action before in my life, for example when I lived in an Emmaus community in the Netherlands. These communities were founded after WWII by Abbé Pierre in Paris, during the extreme cold winter, when people were suffering from hunger. I re-read the biography of Dominique Pire, a Dominican priest who received the Nobel Prize in 1958 for his European villages, supporting refugees in the aftermath of WWII. I’m also grateful for the memories I have of working in the Université de Paix in Belgium, which was founded by him with the Prize fund.

You see – I had participated in similar actions before, with Pax Christi during the Yugoslavian war: at that time, we collected wool so that women in refugee camps could be employed. At school, where I worked as a teacher, we collected educational materials for “basement schools” in Sarajevo.  Years later, when the first Yazidi refugees arrived, I learnt about their religion, which was a mystery to us. We organised an event in our congregation about this religion, and joined an aid campaign for an Iraqi refugee camp, for which we collected walking aids.

How did you decide to send the items to Bosnia?

While we were still receiving blankets, sleeping bags, sleeping mats and warm clothes, the organisation in Lesbos for which the neighbouring church was collecting informed us that they had enough aid materials now the first transport had arrived, and wouldn’t need relief supplies for the foreseeable future.

I looked for organisations that could take our collection to Lesbos, but all the big groups working there, like Caritas, were only collecting money. Only when turning to JRS, did I find immediate luck. The donations would not go to Lesbos, but to Bosnia-Herzegovina.

Right away, we agreed to send the goods there, although the situation in Bosnia-Herzegovina was not yet in the news, as it would only be known a short time later. Still, on the internet, we could already find information about the unbearable situation refugees face there. We remembered reports from Syrian refugees, who had been telling us about their harsh experiences on the Balkan route.

What were your experiences with this action? Were the donors generous from the beginning, or did you have difficulties finding people willing to help?

We were more than surprised by the overwhelming willingness to donate. At first, we had only thought of joining the relief action of the neighbouring community with maybe one or two trailer car loads. I thought I could manage sorting together with my husband. But even though we’d set a limit on the donation dates, so many items came in that I was glad for the helper who came down as if from heaven in the second week to help me with the sorting. Banana crates from the supermarkets in our village were sometimes used up completely, and we had to ask for more at the food bank and in the neighbouring village.

How important would you say solidarity is to you and your community, as Catholics?

The word solidarity is certainly a central concept for us, but often worn out like an old coin. The Gospel of our peace service was Jesus’s judgment speech in Matt. 25:31-46, which fleshes out this concept. As we grappled with it, we realised that it stands in a central place, as a legacy of Jesus, so to speak. This text finally summarises Jesus’ programme in Luke 4:16-21 and certainly applies to all Christians and – beyond that – to “all people of good will.” Basically, charity and solidarity are a universal attitude, but one that probably needs to be called upon again and again by all religions so as to counteract the tendency of us humans towards selfishness and indifference.

Is there anything you would like to say about the refugee situation or your hopes for the future with regard to migration?

Even though I fear that the current crisis, of which refugees are only one aspect, will continue for a long time and its outcome is quite open, I hope and wish for the sake of the migrants of our time that the next generation will have the same experience as mine: that they will only know dictatorship, war, fleeing their home country and experiencing discrimination in their new homeland only through the stories of their parents or grandparents, or at a memorial service for the victims; I wish that they themselves will be able to work for justice, peace and understanding between people without fear.

For the present generation of migrants, I hope that it will be shown later that all their experiences, bad and good, fleeing and later integrating into new societies, are not in vain, but have contributed to humanity taking a positive step forward in its development.

I am convinced that the current global crisis can only be overcome through the cooperation of people of all cultures and religions. 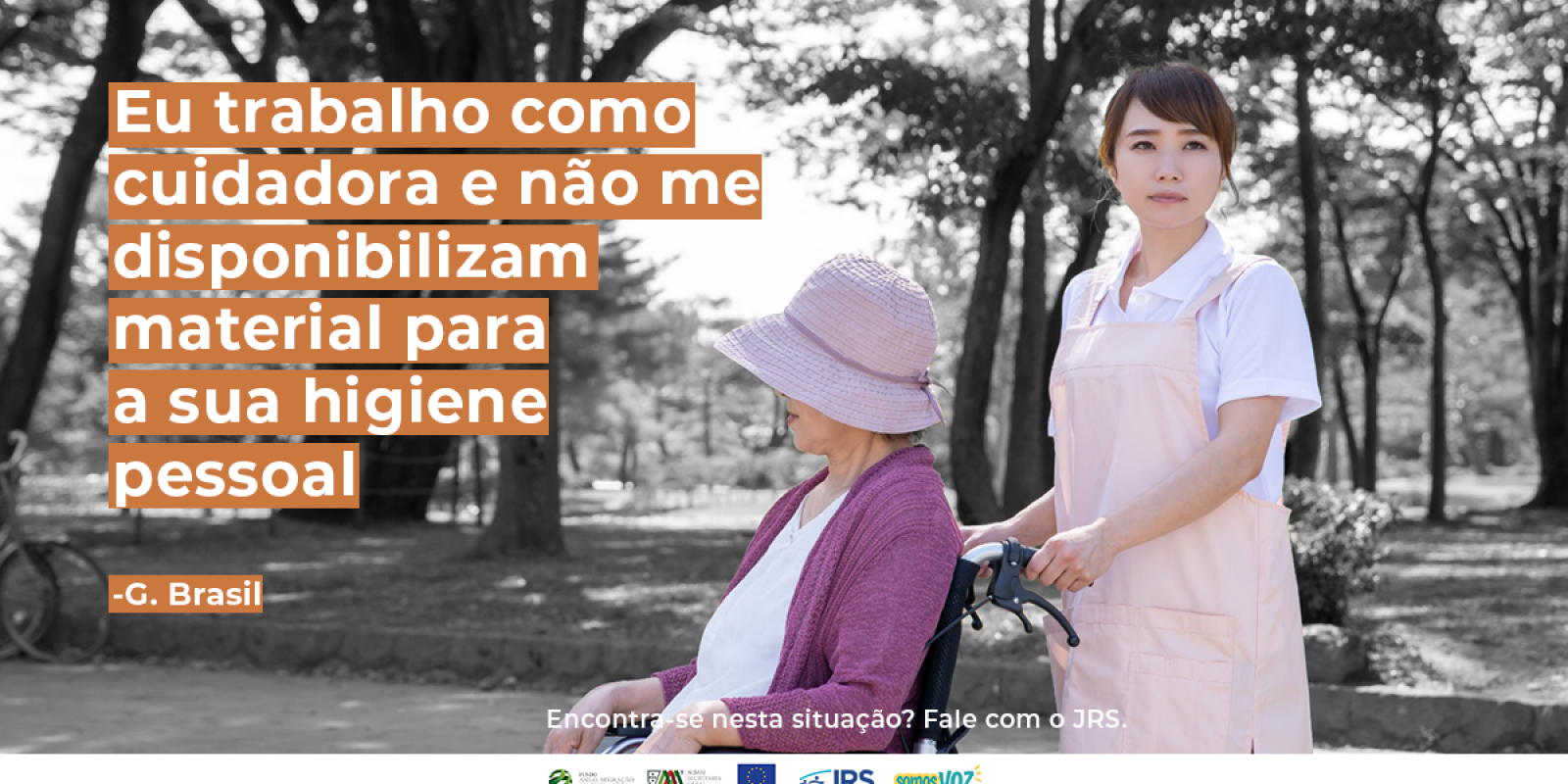