“They came with their pets,” says Bianca Albu from JRS Romania speaking of Ukrainian families arriving in the country. Women and children had to leave their sons, husbands, and fathers behind and seek safety in Romania, bringing what they could to keep that sense of family and home after having their lives disrupted by war. “At first, they were almost in denial. They expected to be able to go back soon. Only now are they starting to realise that their displacement will last longer”.

Separated from Ukraine by the Danube, Romania has been one of the first countries to immediately see a large influx of Ukrainian refugees fleeing the conflict. Over 900,000 people crossed the border, but only an estimated 10% stayed in the country.

In Bucharest and across Romania, JRS has been present since the first day to provide assistance, including accommodation, legal counselling, and distribution of basic necessities. “We were able to immediately find accommodation for over 300 people thanks to the Catholic and Orthodox network,” says Bianca. Many families are now hosted in two hotels with which JRS has made agreements, and they are now gradually being moved to private apartments.

They expected to be able to go back soon. Only now are they starting to realise that their displacement will last longer.
BIANCA ALBU, JRS ROMANIA

True to JRS’s holistic approach, the services put in place are not only meant to respond to the emergency phase, but also to attend to more long-term needs. Playrooms for children have been set up in the different facilities where JRS offers education and recreational activities, like art therapy and dance classes, to ensure children’s mental and physical well-being. The team of teachers includes JRS staff and volunteers, other refugees, and Ukrainian women, who have also found a purpose in such a challenging situation.

“I do art therapy with children. When we see that children are using dark colours, we talk with them and try to re-elaborate the painting together,” says Olena, who left Ukraine for Romania with her 7 years old daughter. Her 18 years old son was stopped at the border and had to stay. “It was very difficult for me to leave my son in Ukraine, but I also had to think about my younger daughter. When we first arrived, we didn’t eat, we didn’t drink, and we didn’t understand what was happening or what to do.” Olena was then directed to JRS, and she is now accommodated in the hotel with her daughter Sofja, and every day runs classes for the Ukrainian children. “Without all this, I wouldn’t know what to do with my life in a new country. Helping children is my life now, and it makes me feel alive”.

A whole team of 12 Ukrainians who were assisted by JRS has now joined the staff in Bucharest to help with daily activities. They welcome fellow Ukrainians, support with language and interpretation, and facilitate the distribution of the social vouchers that JRS gives to refugees so they can purchase what they need with dignity. 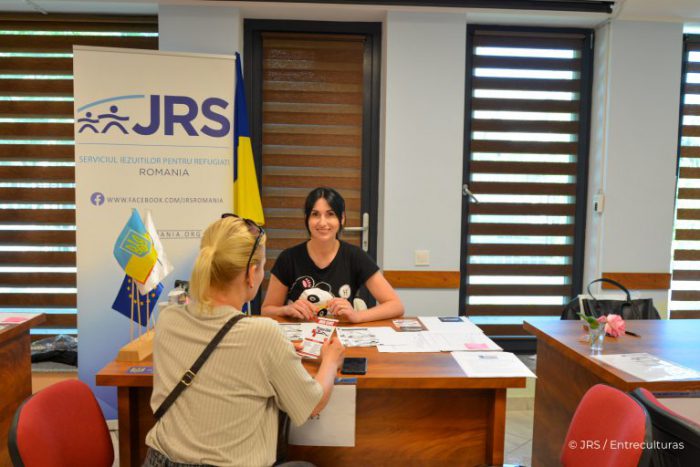 “When I came to the JRS office and saw all these Ukrainians needing support, I thought I could help too,” says Alla, who left Vinnytsia with her two sons, aged 7 and 12. “I talk with women like me, who are in a new country alone, with children, and I try to help them. With the JRS volunteer team, I feel like I am part of a big family”

I talk with women like me, who are in a new country alone, with children, and I try to help them. With the JRS volunteer team, I feel like I am part of a big family.
ALLA, UKRAINIAN JRS VOLUNTEER

JRS Romania is already preparing for the next phases to help facilitate the integration of Ukrainian refugees in the country. A network of 60 Ukraine teachers will soon be employed to provide educational activities in eight schools, spanning from kindergarten to secondary education. 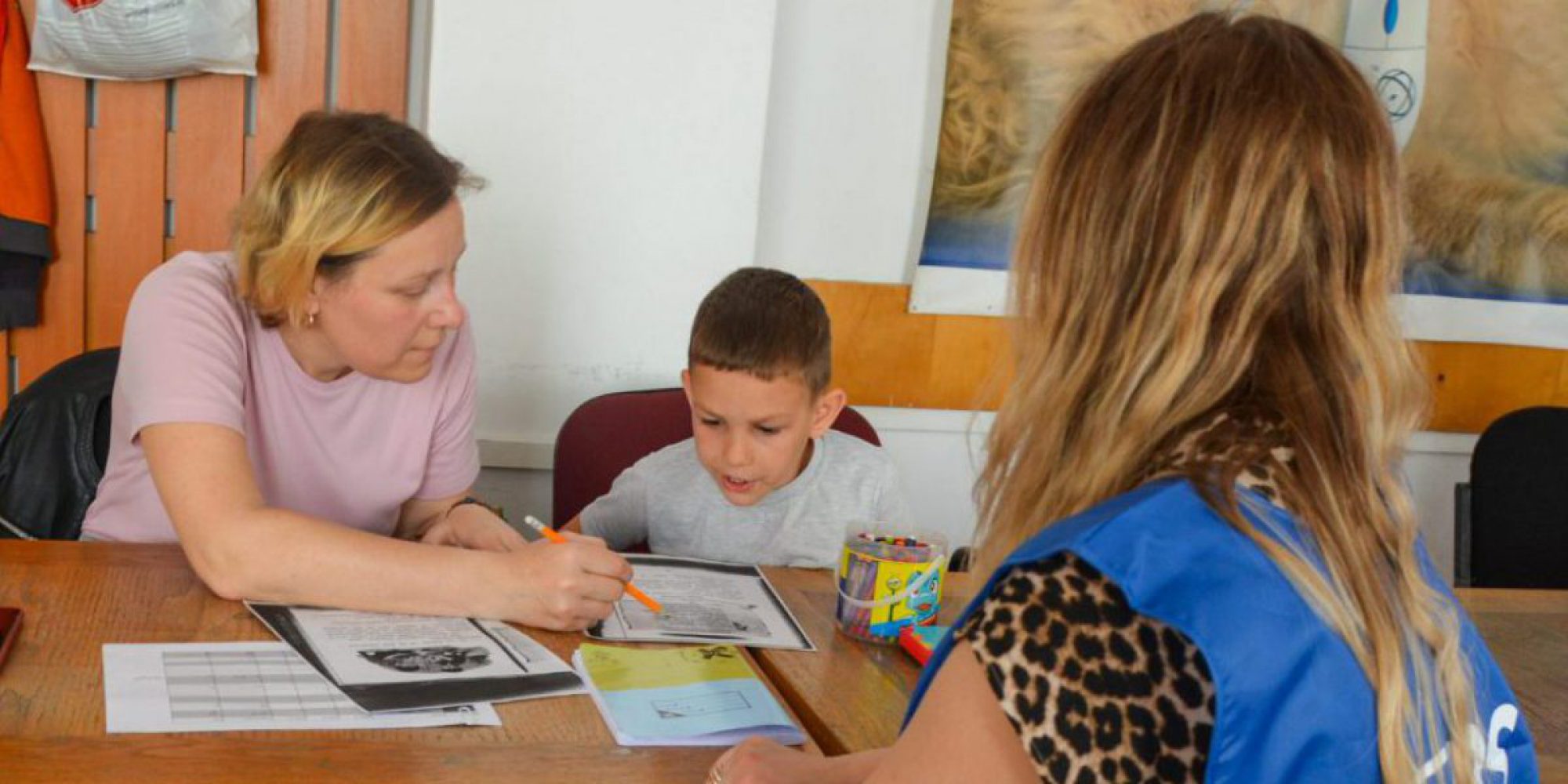 Your help can support Ukrainian refugees 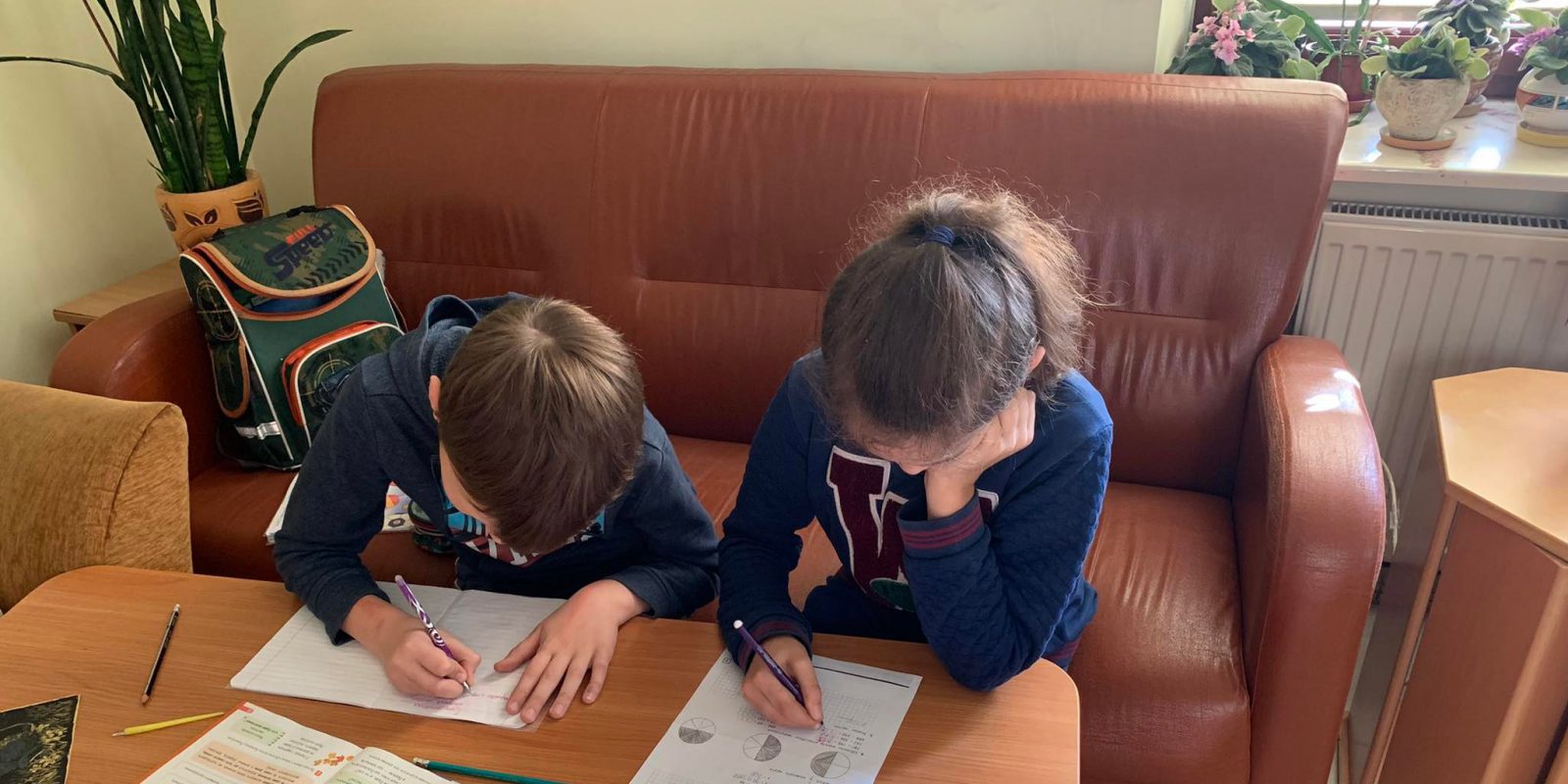 “We are just three of the millions of people suffering from the Russian aggression”, Mykhailiuk…


“My mother woke me up with the words that the war had begun. At first, I thought it was a stupid joke, but, unfortunately, this is not a joke”, Anna’s story November 8, 2022

news
“We only wanted to escape the shelling”, Tetiana’s story November 8, 2022